“You just have to do like this”, said a superior and impatient girl in 5th grade to another child who had difficulty with the math problem. The girl was me. I was pretty sure I had figured everything out by now – 10 years old and just started at Eventyrteatret (The Fairytale Theater – professional danish dramaschool for kids and teenagers)

My journey into the arts is probably similar to many others: I have performed for as long as I can remember – ever since I was 3 years old and went to dance at ‘Jazz and Motion’ in Hvidovre, Copenhagen. For my first dance ball, I had stage fright. I was scared of the many dancers on stage (some adults, other kids) that I did not know. I was choked.

Never managed to enter the stage for the final dance.

The show took place in the concert hall at Sankt Annæ Gymnasium. The school where I later got my high school diploma, and where I also had my ‘debut’, as a theater director for the SAG-show in 2013 – Northern Europe’s largest student-produced school performance. However you figure that out.

After high school, I knew I had to take my acting seriously. I already had professional experience, from I was 11 until I was 13, where I participated in 2 performances at Folketeatret (The Peoples Theater, Copenhagen) and a play at the Danish Royal Theater. I could also sing, I had learned that through Eventyrteatret, which gave me the contact to teachers who offered solo singing lessons.

So I perceived myself as a performing artist – maybe a little more in a transitional phase, on my way to the Danish School of Performing Arts.

But where do you start then? At the Actor Academy, accompanied by actor and principal, Troells Toya, where foundation courses are offered to aspiring actors. Here I got my basic “adult” technique – and when I say adult, it’s just because I learned to play authentically after I came of age.

It was the first step into a journey of realization. Experience is not everything.

6 times rejection from the Danish School of Performing Arts made me understand that I was not the only one who had hopes of being the new star in Denmark. About 1,000 people applied every year, and only 6-8 could get a place in the training rooms in Copenhagen, Odense and Aarhus, respectively.

Was I just a bad actor then?

I continued to improve myself while getting roles in the film industry’s underground environment, and in professional productions with pay. I began training on a 1-year course at the Danish Film Actors Academy in Østerbro in 2018, accompanied by Kenneth Carmohn. Here I learned to let go of the ideas I had about what an actor must do, in order to be a good actor. I suddenly realized that if I dared to stand in my own insecurity, in front of the camera or on stage, then it could not become more real for the audience to watch.

I found myself, after a year at the Danish Film Actors Academy. I did not apply to the Danish School of Performing Arts that year and do not know if I will do it again (DSPA is the only national reconised acting school in Denmark)

One thing I do know: I make money on my craft and I have signed the approved contracts of the Danish Actors Union. I have been nominated for two international awards – and I have won one.

So completely aspirant, I’m probably no longer. And if there was a dance ball tomorrow, I would deffinetly show up!

Let my work stand on target for the assessment. 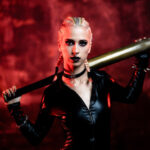 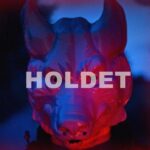